Applications are currently being accepted for the 2013 Latino Media Market - Get your project in front of funders, distributors and dealmakers

PBS's Katherline Lo, Dir., Program Development, Independent Film & PBS Plus was one of the industry executives meeting with NALIP members at the 2012 Latino Media Market

APPLICATIONS ARE CURRENTLY BEING ACCEPTED FOR THE

CLICK HERE TO DOWNLOAD THE APPLICATION  THE DEADLINE IS MONDAY APRIL 15, 2013 MEETINGS WILL BE HELD JUNE 7-8, 2013 AT THE NALIP 2013 CONFERENCE AT THE SHERATON UNIVERSAL HOTEL, UNIVERSAL CITY, CA

The NALIP 2013 Latino Media Market™ (LMM) will introduce NALIP members and their projects if accepted into this program
to funders, studio executives, distributors, dealmakers, agents, mentors and employers.

The LMM is a NALIP Signature Program created for NALIP members attending the NALIP 2013 national conference
with qualified projects in the following categories:

Featured sessions at the "Beyond the Bad and the Ugly" Los Angeles...

Christine Lin was presented with The Iris Award for connecting Chicago’s communities and arts by Halcyon Theatre co-founders Jenn and Tony Adams, who is also the Artistic Director, at Night of Flight, Halcyon Theatre’s first major fundraiser at Architectural Artifacts in Chicago, Il, on March 8, 2013. Photo by Kan Chou

Christine Lin, an actor, improvisor and engineering consultant, grew up in the suburbs of Chicago, and began her affiliation with Halcyon in 2008 as an Artistic Associate, appearing in the Company’s productions of Caridad Svich’sIphigenia…(a rave fable), Tony Adam’s Trickster, and Salman Rushdie’sHaroun and the Sea of Stories. She also directed Astrid Saalbach’s The Blessed Child in 2009′s Alcyone Festival. She has been a company and board member since 2011.

Eric Lin and his daughter Christine Lin, who was presented with The Iris Award for connecting Chicago’s communities, at Night of Flight, Halcyon Theatre’s first...

DEAD DAD is the winner of the Comcast Narrative Competition.

SEEKING ASIAN FEMALE is the winner of the Documentary Conpetition.

CAAM (The Center for Asian American Media) offers programs all year round.

Visit CAAM's website at CAAMedia.org, and support its mission by becoming a member.

CAAMFest is in full swing!

The Center for Asian American Media has launched CAAMFest, an exciting new festival March 14-24, 2013. Formerly called the San Francisco International Asian American Film Festival, the 31st annual event not only has a brand new name CAAMFest, and a brand new website CAAMFEST.com, the festival has branched out into food, music and digital media.

Judging from what I saw in the first few days, CAAMFest's ambitious plans have succeeded.

I counted at least 100 films and events representing more than twenty countries, held in ten venues mostly in San Francisco, with some events and film screenings at the Oakland Museum of California and Berkeley's Pacific Film Archive Theater.

There's still time to take in a screening or an event. 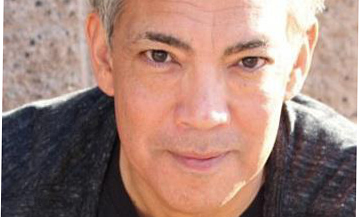 Featuring a book by Prospect’s founding artists Peter Mills and Cara Reichel, music and lyrics by Mills and direction by Reichel, DEATH FOR FIVE VOICES began performances on March 6, 2013 at the West End Theatre in the Church of St. Paul and St. Andrew, 263 West 86th Street in New York, and will continue through March 17, 2013.

A talkback with Mills and Reichel and other members of the production team will be held on Saturday, March 16th at 5:30pm and is free and open to the public.

Set amid the political intrigue, religious conflict and artistic vibrancy of the late Renaissance, DEATH FOR FIVE VOICESinvestigates the dark harmonies of Carlo Gesualdo, Prince of Venosa – who is remembered for his unusually complex...