Latest report shows more Asian Americans are working in television news, but the numbers still do not reflect the Asian American population in the U.S.

MCLEAN, Va. - UNITY: Journalists of Color is encouraged at the small growth in diversity in television stations but remains extremely concerned about the continuing erosion in the percentage of people of color in radio news.

The annual survey by the Radio and Television News Directors Association and Ball State University released July 6 showed that the percentage of people of color in America's radio newsrooms has plunged by nearly two thirds since 1998, when strict federal equal opportunity rules were scrapped. Local radio newsrooms reported just 6.4 percent of their workers are people of color, down from 16 percent eight years ago.

"Apparently, the nation's radio stations just don't get it," said UNITY President Mae Cheng. "As our country grows more diverse, so should the staffs which bring Americans their news. While diversity increased slightly in local television, these numbers...

SAJA Group, Inc. and the South Asian Journalists Association will honor the winners of the 2007 SAJA Journalism Awards contest at its 13th annual gala awards ceremony and dinner on Saturday, July 14, at the Roone Arledge Auditorium at Columbia's Lerner Hall (115th St & Broadway) as part of the four-day SAJA Convention (http://www.sajaconvention.org) in New York. These annual awards recognize excellence in reporting about South Asia, as well as outstanding reporting by South Asian journalists and students in the U.S. and Canada.

CBS correspondent Hari Sreenivasan and Aditi Roy, an anchor with NBC 10 News in Philadelphia will emcee the gala. Sendhil Ramamurthy, who plays Dr. Mohinder Suresh on NBC's hit show "Heroes", is the keynote speaker. Ramamurthy, who got his start in acting at Tufts University and then studied in London, has performed in theater in New York and England. He's also worked in film and in television, with guest appearances on "Numbers" and "Grey's Anatomy."

The four-day convention opens with a day of workshops on Thursday, July 12, and a reception at the CUNY Graduate School of Journalism, where journalism deans Steve Shepard of CUNY and Nicholas Lemann of Columbia University will speak. Friday opens with a conversation with Keller. After a day of workshops and panels, the evening reception at Bloomberg News will be headlined by Amanda Bennett, executive...

NJ-AALP opens its doors to Asian American residents with employment and immigration questions.

AALDEF NJ-AALP Director and Staff Attorney Alexander Saingchin will discuss the organizations services and resources, including a...

Judge Lucy H. Koh is among five nominees by President Obama to serve on the U.S. District Court Bench.

I am honored to nominate these five distinguished candidates to the United States District Court bench, said President Obama. They represent some of the best in American jurisprudence and they will serve the American people with integrity. I am grateful for their commitment to public service and look forward to their appointment to the federal bench.

Judge Lucy H. Koh currently sits on the Superior Court of California for the County of Santa Clara, the state's trial court of general jurisdiction. Prior to being appointed to the bench by Governor Arnold Schwarzenegger in 2008, she was in private practice in Palo Alto, where she was a litigation partner representing technology companies in patent, trade secret, and commercial civil matters. Prior to her work in private practice, Judge Koh was an Assistant... 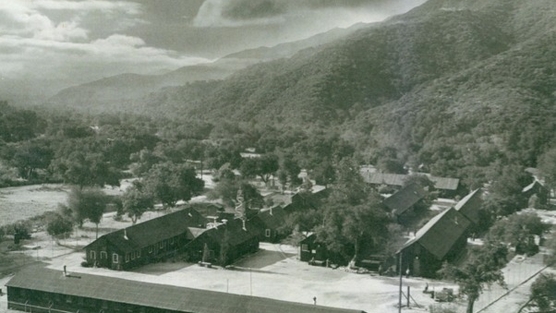