Taina Bien-Aim, Executive Director, Equality Now; Phoebe Eng, Vice Chair, Ms. Foundation for Women; and Carol A. Robles-Romn, Deputy Mayor for Legal Affairs & Counsel to the Mayor, are being honored this year by the New York Asian Women's Center, at their 26th Anniversary Fall Benefit Gala on November 6, at the Tribeca Rooftop in New York. For many years, these women have contributed in working to empower women in their communities. Their collective life's work embodies a strategy of building bridges and building community.

Michelle Yu, reporter for NY1 News and author of China Dolls , will emcee the evening's festivities, which celebrates 26 years of empowering women and children to live free of violence, and raises crucial funds to continue the Center's mission to provide security, opportunity and empowerment for victims of domestic violence.

Wall Street Journal editor-at-large Paul Steiger will address the future of journalism from his perspective at the helm of one of the leading and most widely circulated national newspapers in the country at the Asian American Journalists Association Convention on Friday, Aug. 3, in Miami, Fl.

Steiger, who also serves as vice-president of Dow Jones & Company, is the keynote speaker at AAJA's National Journalism Awards Lunch. He recently retired as managing editor at The Wall Street Journal, which has been the subject of recent news coverage as its owners consider a sale to News Corp.

AAJA's National Journalism Awards will also be presented at the annual lunch, which is sponsored by The McClatchy Company. David Ono, anchor, ABC7 "Eyewitness News," and Victoria Lim, reporter, Newschannel 8, will co-emcee the event.

The lunch will take place at the Hyatt Regency Miami from noon to 2 p.m. on Friday and requires registration. Attendees can register on-site.

The Asian American Journalists Association is a non- profit professional and educational organization with approximately 2,000 members. Founded in 1981, AAJA has been at the forefront of change in the journalism industry. AAJA's mission is to encourage Asian Americans and Pacific Islanders (AAPIs) to enter the ranks of journalism, to work for...

In honor of Domestic Violence Awareness Month, New York based plastic surgeon Dr. Edmund Kwan is waiving his surgical fees for reconstructive surgery on patients who have been a victim of domestic violence. Patients will be selected with the assistance of New York Asian Women's Center (NYAWC), the first domestic violence organization to serve Asian communities in New York City and one of the first in the nation.

"Dr. Kwan is offering domestic violence victims a chance to eradicate the physical and constant reminders of the abuse that once controlled them," said Julie Kim Richards, Director of Client Services, NYAWC. "With this assistance, they are given a better chance to deal with the emotions of shame and embarrassment that are often associated with domestic violence."

"Reconstructive procedures are the most rewarding surgeries I can perform on a patient," said Dr. Kwan. "Breast cancer survivors, burn and abuse victims are reminded daily of a traumatic time in their life. My hope is to continue to partner with organizations like NYAWC to raise awareness on these issues and provide patients with an opportunity to erase the physical scarring they've endured."

Domestic Violence Awareness Month began as the "Day of Unity" in October 1981. Conceived by the National Coalition Against Domestic Violence, the intent was to connect battered women's advocates across the nation who were working... 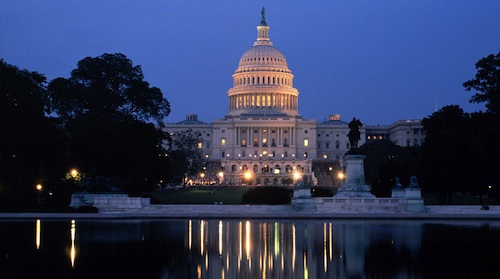 Pres. Barack Obama summoned top lawmakers to the White House on Wednesday afternoon, where he was expected to urge them to pass measures to finance the government and increase the debt ceiling, without placing limits on the Affordable Care Act. But, no progress was made to end a budget impasse that resulted in a government shutdown since 12:01 a.m. on Tuesday. News of the shutdown, which includes the closure of all national parks and a work furlough for 800,000 federal employees, generated a big response in the ethnic press. Key areas of concern included the shutdown’s effect on federal workers, loss of funding for social services, ramifications for immigration reform, and environmental impacts.

Read the full report by NewAmericaMedia.org, a consortium of more than 2,000 ethnic news outlets around the nation.

A high level University of California academic mission to China begins August 24. Dean to post his Blog of China trip

The trip is part of the 10+10 Program, an effort for the University of Californias 10 campuses to partner with 10 prominent Chinese research universities. The goal is to increase research, education and faculty and student exchanges.

The 10+10 Program helps further our goals of global interaction and learning,...