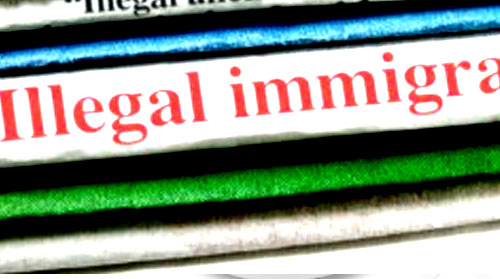 The Associated Press announced Tuesday, April 2, 2013 that it will no longer use the term "illegal" or "illegal immigrant" to describe a person. Senior Vice President and Executive Editor Kathleen Carroll wrote in a blog post that the decision was part of the company's attempt to rid their Stylebook of labels. She did not specify which term the Associated Press would use instead.

But the question doesn't only apply to English-language news media. New America Media asked editors of U.S. in-language media outlets what terms they used to describe undocumented immigrants (in Chinese, Korean, Punjabi, Russian, Spanish, Tagalog and Vietnamese) -- and found some surprising responses.   - Report courtesy of New America Media (For the full report click on the blue headline above)

Before publishing a story on immigration, every editor faces a question: What term should be used to describe an immigrant who is in the United States illegally?