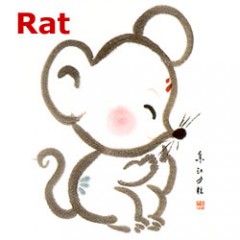 Remembering Larry Ching, 'Till the End of Time

As producer of his CD, I had just presented him with a dinky Plexiglas plaque that displayed his CD cover and the disk itself, both showing him as the star he was back in the 1940s at the Forbidden City nightclub in San Francisco. Then, George Yamasaki, his pianist, lauded Larry and presented him with a proclamation from Mayor Willie L. Brown, declaring that day, June 28, as "Larry Ching Day" in San Francisco.

As producer of his CD, I'd just presented him with a dinky Plexiglas plaque that displayed his CD cover and the disk itself, both showing him as the star he was back in the 1940s at the Forbidden City nightclub in San Francisco. Then, George Yamasaki, his pianist, lauded Larry and presented him with a proclamation from Mayor Willie L. Brown, declaring that day, June 28, as "Larry Ching Day" in San Francisco.

In front of him, some 150 family members, fans and friends, among them a number of women who had performed with him at Forbidden City, cheered. Here at the Chinese Historical Society of America Museum in Chinatown, they had been buzzing about Larry, delighted with his latest accomplishment: recording a debut album at the age of 82. He had been showered with media attention. That very day, the San Jose Mercury News ran a long profile, written by Marian Liu and featuring a large photo of Larry back in the day, surrounded by four Forbidden beauties. My own article about the project, in the San Francisco Chronicle 's Sunday magazine, was out and on display. KRON-TVs Vic Lee had done a wonderful piece on Larry, and Vic was there to add to the applause. Sydnie Kohara of KPIX-TV, there to do a feature for NPRs Pacific Time show, held up her Minidisc recorder to capture the moment.

Larry approached the microphone and said, simply, "I'll let my songs speak for me."

Almost exactly one week after this festive...

Anatomy of a Session: Inside the Studio with Larry Ching

The Larry Ching session was completely different. We jumped back a few generations to the way records used to be cut.

AsianConnections is proud to present the adventures of Ben Fong-Torres, our very own Renaissance man: author, broadcaster, and former senior editor at Rolling Stone. Ben recently produced a CD featuring the golden voice of Larry Ching, one of the featured performers at the famous San Francisco nightclub, Forbidden City.

Larry Ching passed away on July 5, 2003 in San Francisco. He was 82, and is survived by wife Jane Seid, six sons and stepsons, and 11 grandchildren.

Larry had just been toasted at a party for his debut CD at the Chinese Historical Society of America Museum, where he received a proclamation from San Francisco Mayor Willie Brown declaring June 28 "Larry Ching Day."

The following column was written in mid-June. My next one will report on the CD party, a celebration of a life filled with fun, family and music.

Kimberlye Gold, a singing, songwriting buddy, wrote a piece for SF Weekly about the Larry Ching CD I produced. Her editor, she told me, wanted to know, among many other things, how I felt in the studio, during the recording of the album. And it occurred to me that I had never addressed that point. I have written mostly about Larry, about why I wanted to record him, and about how he felt, making his first CD at age 80-something.

But during the session, at San Francisco State University, I did jot down some notes. So, to take you behind the scenes, here is a...

The Facts on Larry Ching, and Some Unexpected Honors

Ben Fong-Torres, our very own Renaissance man: author, broadcaster, and former senior editor and writer at Rolling Stone Magazine, added record production to his credits with 'Till the End of Time' by Larry Ching. Read all about it.

AsianConnections is proud to present the adventures of Ben Fong-Torres, our very own Renaissance man: author, broadcaster, and former senior editor and writer at Rolling Stone Magazine. This guy's our hero! Ben was a featured character in the movie "Almost Famous," the Oscar and Golden Globe-winning film by Cameron Crowe.

If all goes well, which it rarely does in the recording industry, the Larry Ching CD I produced should be available by early June.

It has been a long journey, getting Larry recorded, learning the ropes of the record biz, and getting the CD out.

As Larry and I, along with a great support crew, give birth to the recording, called Till the End of Time, I am going to let you in behind the scenes of the making of a record.

I would like to begin by giving you what I am sending to radio, TV, newspapers, magazines and Web sites. Although this is a very small project, just about everyone who has heard Larrys story wants to know more about him. So I have put together a fact sheet. With designer Kelly Low (of Treehouse Studio in San Francisco) and Web developer Jennifer Breese, I am also helping build a home page for Larry, at www.larryching.com. There, beginning in early June, you will be able to see stories about Larry and the CD, hear sample tracks, see a video of him in the studio, and learn more about Forbidden City, the all-Chinese nightclub where he came to prominence in the Forties.

Larry Ching in the Forties, flanked by admirers.

This CD was created as a tribute to a true entertainment pioneer.

This just in: The CD is available, and you can get it, at a special discount, right here!

For now, here, as written for the media, are the facts.

Ben Fong-Torres takes a look at a spunky new film, and at the equally spunky promotional campaign behind it.

To help promote Better Luck Tomorrow, Parry Shen, who plays one of the central characters, simply went to his computer and sent out scads of e-mails, telling friends and acquaintances how crucial the opening weekend would be for the film. How this Asian-American teenage-wasteland social satire did in New York, Los Angeles, and San Francisco would determine how its distributor, Paramount, would treat the movie in other markets. And how BLT did might well determine whether other Asian-American-focused films would get green-lighted.

Just see this film, he implored. That is your vote.

I saw it, and am happy to report that BLT deserves the grass-roots PR blitz. It also deserves the rave reviews its piled up since its showings last year at various film festivals, including Sundance. With its mid-April release, the raves have become a mini-avalanche. And I am happy to say that the theater was packed at the 5:30 p.m. showing Dianne and I attended, and that a long line awaited the next screening.

Im especially pleased for Parry, who first wrote me about three years ago, saying he was up for a role, portraying me in Almost Famous, and could he get some tips on how I spoke. We had several pleasant exchanges, and, even after he (and a couple hundred others) lost the part to Terry Chen, he kept me apprised of his career. It was mostly small parts, until Better Luck Tomorrow.

Ironically, he plays a guy named Ben, a high school brainiac who does all the right things -- scoring excellent grades, making the basketball team, joining in extracurricular and community activities -- and allows himself to drift into all the wrong things, too: money-making scams, heists, drug sales, and, ultimately, worse. Its true, as a few critics have said, that Ben Manibag and his gang turn Asian American stereotypes not only on their heads, but are...

The other Sunday, the San Francisco Chronicle ran a letter from one Vic Dertimanis, saying: On Feb. 22, I met Ben Fong-Torres at a benefit for the beautiful Signe Anderson [the original lead singer for Jefferson Airplane]. I expressed to him how much I missed the joy of hearing him on the one and only KSAN and reading his articles in the Pink section. The next day, as I was lazily making my way through Sunday Datebook, I realized that I was drawing steadily nearer to the Aidin Vaziri zone. [Note: Mr. Vaziri does a Q&A interview each week with a pop artist.] Even as inspired as I was by the great happiness of my chance encounter the night before, I realized that there was only an outside chance that Vaziri's writings wouldn't be caustic, cynical and uninformative

When I'd finished his column, I felt solemn, then decided to get up and take on the day. But first I thought back to those earlier days and smiled at how much fun it had been to read articles by someone who gives a damn

I am glad to have given Mr. Dertimanis great happiness, but, lest you think Im a 24/7 people-pleaser, let me revisit a comment I ran across years ago on the Internet, on a radio site. This is from a broadcaster named Bob Gowa:

Just look at Ben Fong-Torres. A brilliant writer, but when he turns his attentions to radio, he becomes a whiney, smug, pompous pissantcomplaining about how radio isnt the eclectic art form he thinks it should have been (but was never intended to be).

[The posting also carried this response to:]

Sorry, Bob, but you are wrong. It appears that you are someone who has never experienced radio prior to the Nixon Administrations clamp down on material...