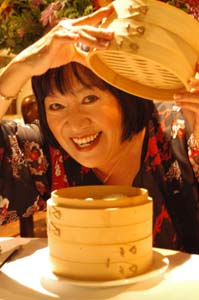 She and her former husband, Richard Dong, were the parents of Tina Dong Pavao, and she was a vivacious, fun-loving grandmother to Tina’s two daughters with Matt Pavao, Maggie and Stella. Shirley is also survived by sister Sarah Watkins, brothers Ben and Burton Fong-Torres, and Sarah’s children, Lea and Jason Watkins. A wonderful brother, Barry, preceded Shirley in death in 1972. In lieu of flowers, the family suggests donations to any of several organizations, including the Chinese Historical Society of America, the Community Youth Center, and the Leukemia & Lymphoma Society.

Her family has set up a Facebook page for friends and fans.