Los Angeles  July 1, 2021 by Suzanne Joe Kai The Academy of Motion Pictures Arts and Sciences Invites 395 Members for 2021. The push for more diversity continues.  The 2021 class is comprised of 46% women, 39% underrepresented ethnic/racial communities and 53% from 49 countries outside the United States. Here is a download of the list of the invitees from the Academy https://oscars.org/newmembers2021/ Among the invited include Walt Disney CEOBob... 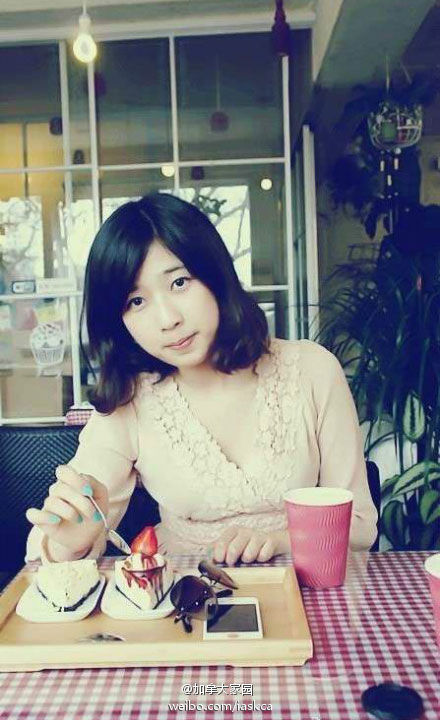 Lü Lingzi, in pictures circulating on Weibo.com is third victim of Boston bombings

A Chinese citizen is 3rd victim

The Chinese consulate in New York confirmed today that a Chinese citizen was killed in yesterday's Boston Marathon bombings, which killed three and injured more than 100.

The victim was a Boston University grad student.

The student was one of three friends watching the Marathon near the finish line.

Earlier, both the consulate and BU declined to release the student's name, saying they were awaiting permission from her family members.

That student has now been identified as Lü Lingzi (pictured) who was pursuing a grad degree at BU in Mathematics and Statistics.

Lü worked as a manager assistant with Deloitte Consulting in Beijing, before moving to Boston.

Lü was with her friend Zhou Danling watching the marathon at the finish line.

A graduate of Wuhan university now studying actuarial science at BU, Zhou is said to have woken up from her coma, but remains unable to speak.

Chinese netizens have flocked to Lü's Weibo page, leaving thousands of condolence messages. Her final post was a picture of her "wonderful breakfast" before the marathon.

Steve Silva, a senior sports producer for Boston.com, the online publication of The Boston Globe, and a Boston marathon runner himself was at the finish line filming at the time of the explosion.

A professional journalist, the video Silva shot shows he was shooting and running toward the horrific disaster as it was happening, while others were (naturally) running away from it.

Read the report here from Boston.com's Robert Burgess interviewing Steve Silva about his eyewitness account of the tragedy.