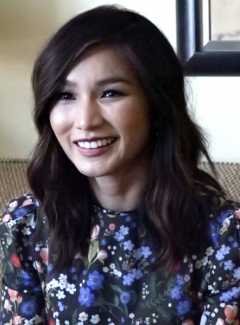 Meeting, and Googling, a real Asian Pioneer by Ben Fong-Torres 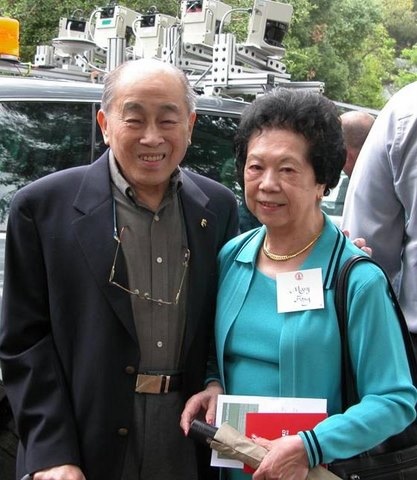 What a great way to end a terrible month. Here it was, Asian Pacific American Heritage Month, and I spent most of May with a cold, a bout of laryngitis and general misery.

But I saved up energy for a couple of events, including a birthday bash for my pal Sherry Hu, the veteran reporter at KPIX-TV (“CBS 5”) who just retired after 34 years there. She and husband Karl Nichols chose to celebrate with about 60 friends at the Silver Dragon restaurant in Oakland.

And at our table, there were Art and Mary Fong. Sherry’s cousin, Bob Wong (a classmate of mine in junior high school) is married to Sheryl Fong, daughter of Art and Mary. Got it?

Across the table, Art waved at me, so I went over and learned that he’d seen me on various broadcasts of the Chinese New Year Parade and at community events. Now, finally, we were able to say hello.

Fong, who is 91, encouraged me to Google him. “Art Fong, HP,” he said. HP—as in Hewlett Packard. Long before it became known for its printers and computers, this company, beginning in the late Thirties, specialized in electronic test equipment. Art Fong would become one of the most valued engineers at what became one of the most inventive tech companies in war time. And, as he told me, “Back prior to 1940, it could not have been done.  It took WWII for them to let us do these things.”

What “things?” I did as I was told. I Googled Art. Talk about your Asian Pacific Heritage.

In 1946, Fong, a native of Sacramento, had just left MIT, where he was a key figure in the Radiation Lab, doing radar research for the US Department of Defense. Soon, he got a call from Bill Hewlett, who had started a high-tech engineering company in Palo Alto with partner Dave Packard. Hewlett had heard of Fong’s radar and microwave work; HP, his daughter Sheryl told me, wanted to get into the microwave business. Fong also did some moonlighting at the Browning Laboratories, where he was credited with developing the first AM/FM radio receiver.

Fong joined Hewlett-Packard as an engineer in research and development. He was the sixth engineer to work at HP and the first Asian-American at the company. Art Fong was the first Asian American technologist in what would become the Silicon Valley.

On a personal level, it wasn’t the easiest of beginnings. As he told Sue Kwon, a colleague of Sherry’s at CBS5, “It’s a very strange thing, because Asians have a difficult time every place. When we came to Palo Alto in 1946, we couldn’t find a place to live, because Palo Alto had it written, in the land deeds,” that Chinese Americans could not buy or rent a home—at least in desirable parts of the city. The Fongs wound up buying an empty lot near the city limits and building their own home

At work, Art Fong thrived. Over his 40 years at the company, beginning as lead designer for microwave instruments, Fong invented and developed so many products that at one point, according to HP historians, his innovations accounted for 30 percent of the company’s revenues.

One such instrument was the first calibrated microwave spectrum analyzer, which he built in 1965 and which, he said, was “used in the Vietnam war to track radar.”

The analyzer sold for $10,000, and HP figured that the company might sell 25 units in six months. Instead, Fong’s innovation sold 100 units a month. In a recent podcast, Fong noted, "That was the first $1 million product at HP."

As reporter Jocelyn Dong noted in the Palo Alto Weekly, “Entire HP divisions have resulted from his work.”

That work went on for 40 years, including a return, in the late ‘60s, to school. Fong, who’d attended UCLA and U.C. Berkeley in his youth, picked up a computer sciences degree from Stanford. Oh, yes, and a masters degree in electrical engineering. “I was the oldest guy on campus,” he said, “but it gave me another start.” When he retired in 1986, he couldn’t really leave. As he noted, “HP is my life.” So he continued, in a part-time role, for another decade.

In more recent years, he and Mary (who were married in 1943) have devoted themselves to their family and to helping others. They founded the Fong Family Scholarships for U.C. engineering students, giving financial assistance to juniors entering their senior year. Fong explained: "That's when I ran out of money when I was at Cal." He gives the scholarship, daughter Sheryl added, “because that’s the year he received one of the original Levi Strauss scholarships, which enabled him to continue at Cal.”

The Fongs fund other fellowships at U.C. Berkeley, for students in engineering and health sciences, as well as one at Stanford. They also support many community organizations, including the Palo Alto Medical Foundation. They served on a planning committee for the foundation’s El Camino Real campus.

Wanting to stay in touch with him, I handed him one of my business cards, which carries the Chinese character for “Fong.” He looked at it and told me that I was one of three branches of Fongs. “I’m a different ‘Fong,’” he said.