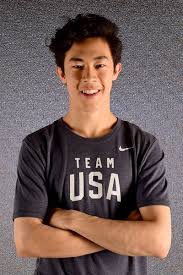 He didn't, but instead he wowed audiences worldwide by making history as the first person in Olympic competition to perform six unprecedented quad jumps.

Despite his extraordinary talents and record as the only international skater who was undefeated on the Grand Prix circuit this season, at the 2018 Winter Olympics Nathan came in 17th in a short program, and in the team event short program, another dismal score.

"I already fell so many times, I might as well just go out, throw everything down, and see what happens," Chen told the press.

On his third day of competition, in men's free skate, Nathan skated as the star that he is, and rose from 17th to 5th place.