They made it! The expedition led by philanthropic singer Kenna scaled to the top of Mt. Kilimanjaro on Tuesday 8:24 pm local time January 12, 2010. The expedition took six days to complete, and had to overcome some harsh blizzard conditions. Kenna, who previously tried but failed to reach the peak in 2005 said, "WE MADE IT! ...The climb to the top may be over, but the fight has just begun..."

You can scroll to the bottom of this page below the images to read more about this expedition to raise awareness and funds for the Global Clean Water Shortage.

One billion people do not have access to clean, safe, drinking water.

An expedition left today to climb the 19,340 foot Mt. Kilimanjaro, Africa's tallest peak, to raise funds and awareness of the world's water crisis.

To qualify for the competition's highest honor -- the Overall Excellence award, restaurants must have been in business a minimum of 2 years and have earned positive industry, media or customer recognition. Qualified restaurants undergo rigorous evaluation by professional Mystery Diners. The Top 100 highest-scoring restaurants will receive the Top Overall Excellence award. Selected from thousands of competitors, these exceptional restaurants demonstrate the highest standards of cleanliness, cuisine, dcor and service. To enter the competition or to vote for your favorite Chinese restaurant, go to www.top100chineserestaurants.com, or call (888)727-8881.

About the Top 100 Chinese Restaurants in the USA Awards...

Researchers from the University of Oslo, Norway, Virginia Polytechnic Institute and State University, and the University of Minnesota used the FRAP (ferric reducing ability of plasma) assay method to measure and compile this expanded listing of total concentration of antioxidants for 1113 foods and beverages. The study, which appears in the July issue of the American Journal of Clinical Nutrition, was conducted independently of any industry sponsors. Food samples were obtained from the U.S. Department of Agriculture National Food and Nutrient Analysis Program.

"Antioxidants are bioactive compounds in foods that play an active role in the human body. By quenching free radicals they help maintain oxidative balance and contribute to good health," explained... 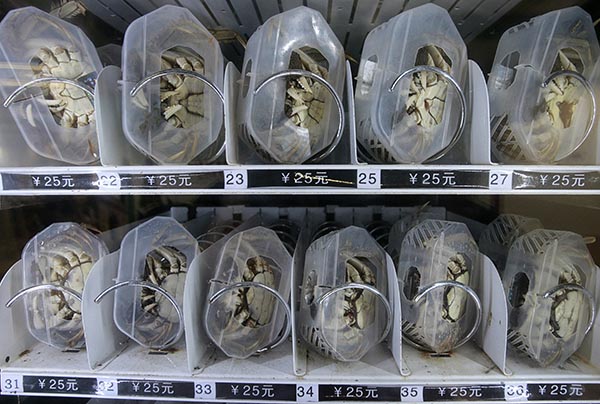 On Sunday April 10th, Chef Arnold Wong is hosting a Special Benefit for Japan Night at E&O Trading Co. 314 Sutter Street in San Francisco to aid Japan following the country’s devastating natural disaster. This amazing evening brings together San Francisco’s finest restaurants, wineries and mixologists to raise funds for the victims of the Earthquake and Tsunami that hit Japan on March 11th.

Liam Mayclem of Eye on the Bay will preside as emcee from 5-9pm, live entertainment will feature local favorite Chef Joey Altman & The Backburner Blues and burlesque dancers, and the Bon Vivants will be mixing up amazing cocktails during this evening of great food, wines, spirits, live music, entertainment and a silent auction.

Tickets for the event are priced at $75 and 100% of proceeds from the evening will be donated directly to Give2Asia. …Representatives from Give2Asia will be in attendance to speak about their involvement with the Japanese community and outreach underway. Click here to purchase tickets. Tickets will also be available at the door based on capacity!