WELCOME TO ASIANCONNECTIONS.COM!
May 5, 2022
2012 - The Year of the Dragon marks the 14th anniversary of AsianConnections.com.
Wait! This is 2022! What happened? - Alot of pages are missing here, but good news alot are archived!
Meanwhile, as this website is being restored we want to Thank you! for reading our many contributors articles!

The AsianConnections.com team includes award-winning writers who have a passion for writing stories about and for our Asian Pacific American communities. Their interpretive voices also help to inform and engage others who want to learn more about our diverse cultures, lifestyles and people.

AsianConnections viewers have unprecedented access to some of the top experts, change-makers, and celebrities. 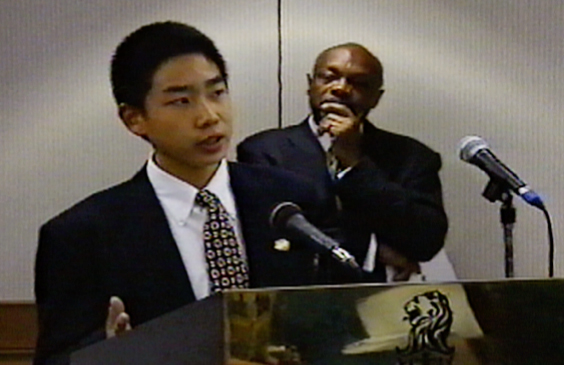 A junior high school kid searching for his roots originally created and developed AsianConnections.com. He was already helping a company buy and sell water pump equipment online between the U.S. and Switzerland, and then one day he sketched out AsianConnections.com and posted it online. It was his personal project to explore his Asian American identity and to help empower people to connect globally to share their Asian American experiences. Michael Kai was 14 when he developed the online community, to portray us in real life, as diverse, multi-dimensional people rather than the inaccurate stereotypes most commonly found in mainstream media.

With a significant part of the world population being of Asian descent, from the very beginning, the humble web site created a positive movement with people reaching out from all backgrounds and walks of life, from all across the U.S. from New York to San Francisco, Vancouver, Shanghai, Seoul, Tokyo and many parts in between, who shared his vision. The response also was tremendous from people learning for the first time about Asian culture, business, trends and lifestyle.

Today, thanks to his early vision and activism, and support from many people and companies who share his vision, AsianConnections.com is proud and honored to have among its friends, advisors, and writers from many disciplines including entertainment, food, travel, business, education, law, government, health, feng shui, music, and sports. 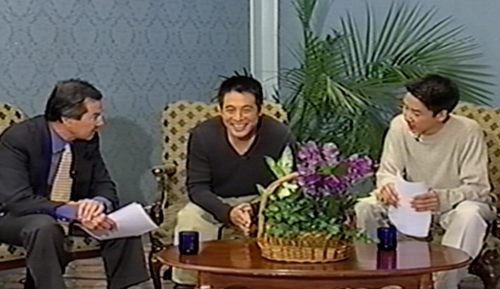 Mike went on to go to Yale and as a senior won the Grand Prize for an annual innovation competition sponsored by the Yale Entrepreneurs Society. While at college, he also had fun pranking Harvard, at the annual Harvard-Yale football game. That stunt which went viral on the web, earned Mike and his co-prankster Dave Aulecino a story in The Economist Magazine, and a personal visit to the Governor's offices to be congratulated by then Governor George Pataki, a Yalie, of course. Mike is now leading his dream internet start-up to enable people to create and manage their own websites fast without code. Update: In 2019, Mike's start-up LifeYo.com was acquired and he is now leading a growing team for LifeYo.com in various locations in the U.S. and internationally.

While we all cheer him on in his many current projects, we thank him for his early legacy of creating AsianConnections.

1998 isn't really that long ago, but for the Internet, it feels more like a century.

Back then, when a 14 year old kid created AsianConnections.com, an online magazine in search of his Asian American identity, a lightbulb went on in all of us. This was an opportunity to finally get the stories out that mainstream media was largely ignoring.  As mainstream journalists from TV, radio and print, we had been fretting for the zillionth time about the poor, stereotypical and downright inaccurate coverage of Asian Pacific Americans in the media, any American media. (A problem, by the way, that persists even today.)

Scouting for stories, we rejoiced in the fact that Jerry Yang had co-founded Yahoo!, then the biggest star in the constellation of online ventures. Here's a story we wrote:

Today January 17, 2012, it was announced that Jerry Yang has left Yahoo!  I think with Jerry leaving the building, they should take the exclamation point off of the Yahoo! name. It feels like an era has ended with his departure. What a ride that was for Jerry. Born on February 6, 1966, Jerry Yang has a lifetime ahead of him and we wish him well and hope he continues to innovate.

Digging into our archives here is a commentary by contributing writer Tom Chin, and a photo of Jerry and his Yahoo! co-founder David Filo. We will go back into our archives again and also post Jerry's exclusive interview with AsianConnections.com.

By the way, in honor of the new year, there is a new beginning - the site is being refreshed. Yes!, the site has looked a little raggedy at times like a well-loved old teddy bear missing a button here or there, as all of us on the team have led busy lives. 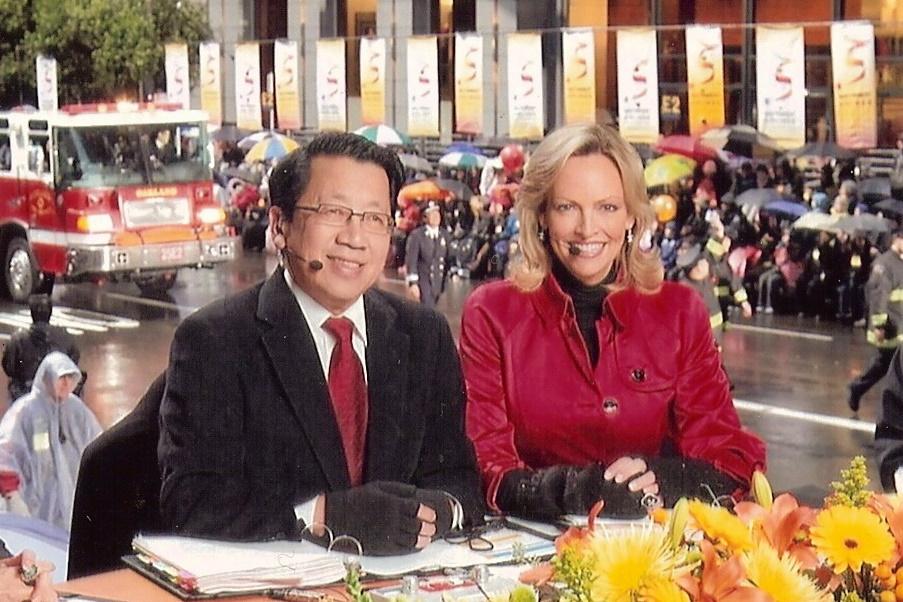 One of our rock star columnists, is literally a rock star journalist and 3-time Emmy award-winner Ben Fong-Torres, showing another side of him on our pages rarely seen anywhere else. Since the time he began writing his column LIKE A ROLLING STONE for AsianConnections.com, he has also completed a million major projects including publishing books. One day he's hanging out with Johnny Depp and the next, he's out with Quincy. Quincy Jones. On February 8, 2020 and again in 2021 virtually! Ben co-hosts the annual KTVU-TV live telecast of the Southwest Airlines Chinese New Year Parade in San Francisco.  (That's Ben with co-host Julie Haener. The photo was shot by the talented San Francisco Bay Area photographer Frank Jang who is a friend and frequent contributor to AsianConnections.com.).

And when we have other bloggers contributing, they really are 'out in the field' - as in outer space! U.S. Astronaut Leroy Chiao regularly blogged messages to us from his space station during his space flights to AsianConnections' columnist and editor Lia Chang.

And when Lia Chang brought back stories, images and video for AsianConnections.com, you can see that you are 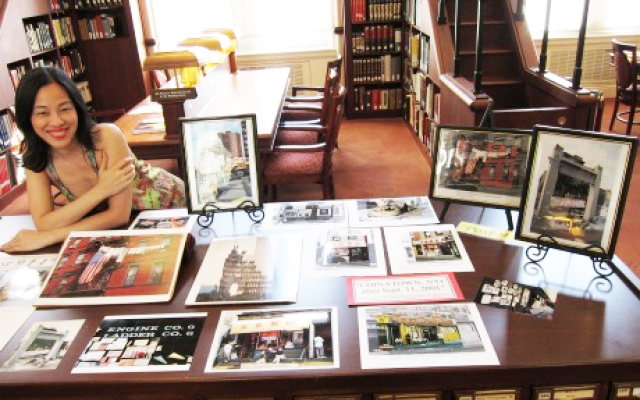 really getting a 'backstage pass.' This multi-faceted bright light of pure energy is an actress, model and photographer. If its New York Fashion Week, she's not only writing about the fashions, she's wearing them, too. One year, her face was plastered all over Fashion Week. She was on the runway for Yeohlee's fashion show. We are proud that her images of Asian Pacific Americans in Theater, as well as her other collections, including her images from 9/11 which were first shown at AsianConnections.com, are now housed at the Library of Congress.

We always have said that if AsianConnections.com, the website, were a real person, we'd be giving it hugs every day. It has brought joy and inspiration to so many people around the world.

We have many wonderful people to thank for their efforts to host, maintain and contribute to this adventure called AsianConnections.com.

We will now add back the hundreds and hundreds of exclusive features and interviews we've done over the years including the first known U.S. - Asia web simulcast, which AsianConnections produced for Warner Bros. with Jet Li, upon his arrival to Hollywood. AsianConnections led the web simulcast engaging audiences in the U.S. and in Asia.

Plus, we hope to include a collection of recipes hand-picked by some of the world's greatest chefs including Roy Yamaguchi, and Master Chef Martin Yan who has been our good friend, contributor and supporter since day one. We have a treasured video interview with the late, great Julia Child for her favorite rice recipe. 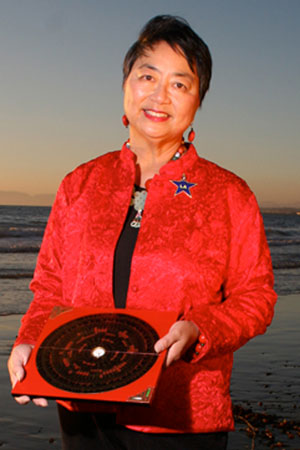 In the year ahead, we would like to add back our Feng Shui tips and your Chinese Zodiac horoscopes in honor of our late, beloved Feng Shui expert and best-selling author Angi Ma Wong, from some of her colleagues who are also world experts.

All of us wish you a Happy and Healthy New Year!