As I post this, Ben just arrived to Dubai from California, and had dinner with music producer Quincy Jones. 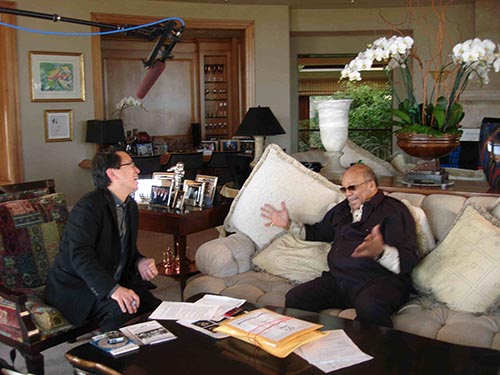 Ben is in Dubai with Quincy to moderate two seminars at Dubai Music Week, presented by Quincy. It is a mega music event - the region's inaugural music industry trade show, conference and concert series September 24 - 29, 2013.

The seminar series called "Emirates World Exclusive Quincy Jones Seminars" begins September 24, with Ben moderating a discussion with Quincy Jones, and the multi Grammy award-winning production team behind Michael Jackson's Off The Wall, Bad, and Thriller. The team includes Quincy Jones, Rod Temperton and Bruce Swedien. They will share their experiences producing the greatest selling album of all time.

On September 25, Ben leads "The Producers Panel" seminar with Quincy Jones and Will.i.Am and Timbaland  to discuss music production with fans, and to launch the first cross-over talent from across the region. The events begin at 8pm on both days at Dubai World Trade Center, DMW Emirates Theater, Sheikh Saeed Hall 2.

The photo of Ben with Quincy Jones was taken at Quincy's home during an interview for our documentary in development Like A Rolling Stone: The Life & Times of Ben Fong-Torres.