Featured sessions at the "Beyond the Bad and the Ugly" Los Angeles summit March 23, 2013: 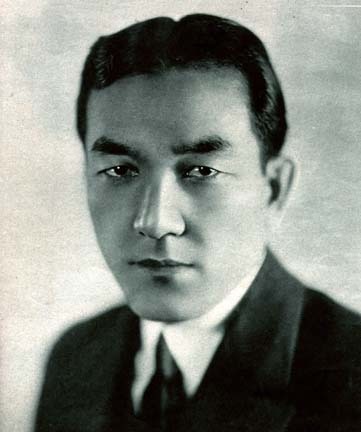 In 1914, Sessue Hayakawa became the first Asian American actor to break through on the silver screen, appearing in movie pioneer Thomas Ince’s silent classic The Typhoon, and launching a career as one of the most popular and well-paid stars in the nascent Hollywood industry, albeit in roles that consistently depicted him as villainous, violent and manipulative. As he put it himself, “I want to be shown as I really am, and not as fiction paints me….My one ambition is to play a hero.”

Ninety-nine years later, Asians and Asian Americans have a much greater presence in U.S. popular culture — but they are often represented in ways that Hayakawa would recognize and lament: Silent thugs. Sexless nerds. Predatory temptresses, calculating conspirators and impossibly strange foreigners.

Organized by Jeff Yang, Wall Street Journal Online columnist and editor-in-chief of the new graphic novel anthology SHATTERED (http://siun.org/shatteredbook), which uses the medium of the comics to explore and explode unyielding stereotypes of Asians in pop culture, BEYOND THE BAD AND THE UGLY gathers together some of the brightest and most interesting Asian American creators, and critics, activists and academics in a unique one-day summit that begins by looking back at the heritage of Asian images in American media and society, and ends by looking ahead — discussing new ways to prevent distortions and present more vivid, humanized, three-dimensional portraits of Asians and Asian Americans to a wider and more accepting audience.

The Summit will take place from 9 am to 6:30 pm at L.A.’s Japanese American National Museum — a natural home for an event focused on the power of perception over the Asian American community’s destiny. It will be followed by SHATTERED’s official book launch cocktail reception featuring live performances and signings by its creators.

Tickets for BEYOND THE BAD AND THE UGLY will cost $15 for students, $25 for general admission and $35 for VIP admission, which includes reserved seating and a free copy of SHATTERED: THE ASIAN AMERICAN COMICS ANTHOLOGY (a $21.95 value!).