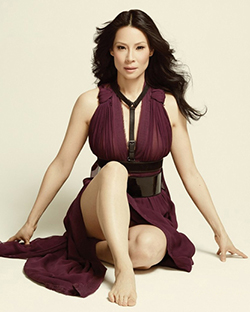 Congratulations to all of the 2013 Academy of Motion Picture Arts and Sciences invitees.

"These individuals are among the best filmmakers working in the industry today," said Academy President Hawk Koch. "Their talent and creativity have captured the imagination of audiences worldwide, and I am proud to welcome each of them to the Academy. Invitees who accept their invitation to join will be eligible to vote in the annual Oscars.

The 276 invitees for 2013 include 12 names with Asian surnames that could be informally determined from the official Academy list.

The New York Times reports that the Academy had limited its membership numbers since 2004 by using quotas within its branches, but has now changed its guidelines to increase its membership and broaden diversity within its ranks.

Michael Chin – Jonestown: The Life and Death of Peoples Temple, In the Shadow of the Stars

Christine Choy – In the Name of the Emperor, Who Killed Vincent Chin?

Jafar Panahi – This Is Not a Film, The Circle

Renee Tajima-Pena – Who Killed Vincent Chin?, My America (Or Honk If You Love Buddha)