Journalist Ann Curry's comments back in 2013 are as current and urgent as ever.

If anything, journalists are being challenged now more than ever.

Veteran broadcast journalist Ann Curry inspired and encouraged journalists to 'hang on.' She says while there is strain in the journalism industry there will also be opportuniity. 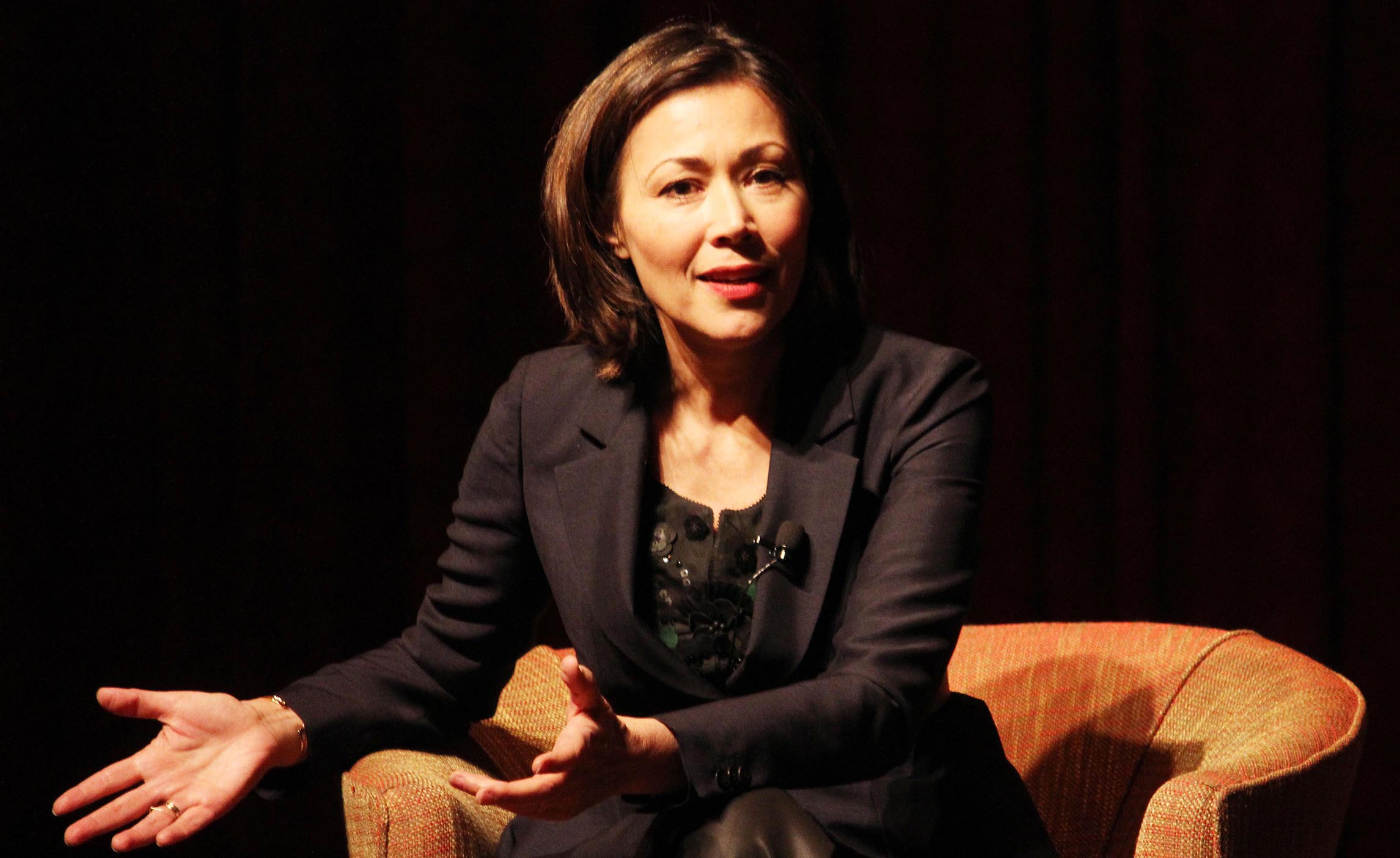 Photo by Lia Chang for AsianConnections.com

The seven-time Emmy award-winner, wife and mother of two opened the gala with her passionate commentary about the state of journalism.

WPIX-TV's Arthur Chi'en introduced her to the audience. Here are excerpts of Curry's remarks (with more coverage of the convention to be posted soon):

Arthur: Let's get right into it. What is the state of journalism?

Ann: I think journalism is in a very interesting state of change. I say interesting because there is strain, and there is also opportunity.
People are very concerned about the future of journalism and yet did you know that enrollment in journalism schools is up? So there is this kind of awareness that there's an opportunity ahead.
Curry acknowledged the struggles of the journalism industry but said, "Rather than be afraid and close up,...open up to what is possible."
We don't know what it looks like. We do know it will be broad. I think that there is a great opportunity to be deep in terms of what we can report. So I am extremely excited about it. I think there will be an opportunity to put news in a place in a way that has never been done before in the history of journalism and this is an amazing time.
The struggle now is to get to that point. And as we struggle to get to that point, the companies that are used to doing journalism a certain way, which is to say in certain kinds of forms, are going to ...now pivot...to figure out a new form.  But the function is just the same.
And people who are concerned about the future of journalism have to remind themselves, and everyone in this room who feel this as well and knows this as well... that there is no possibility of a democracy without good journalism. There is no possibility. This nation will not stand for that. We will require great journalism.
And we are going through...many forms now. Its [a] very tough time in journalism...We are going to break through on the other side, and we are going to I think, soar. We simply have to hang on. 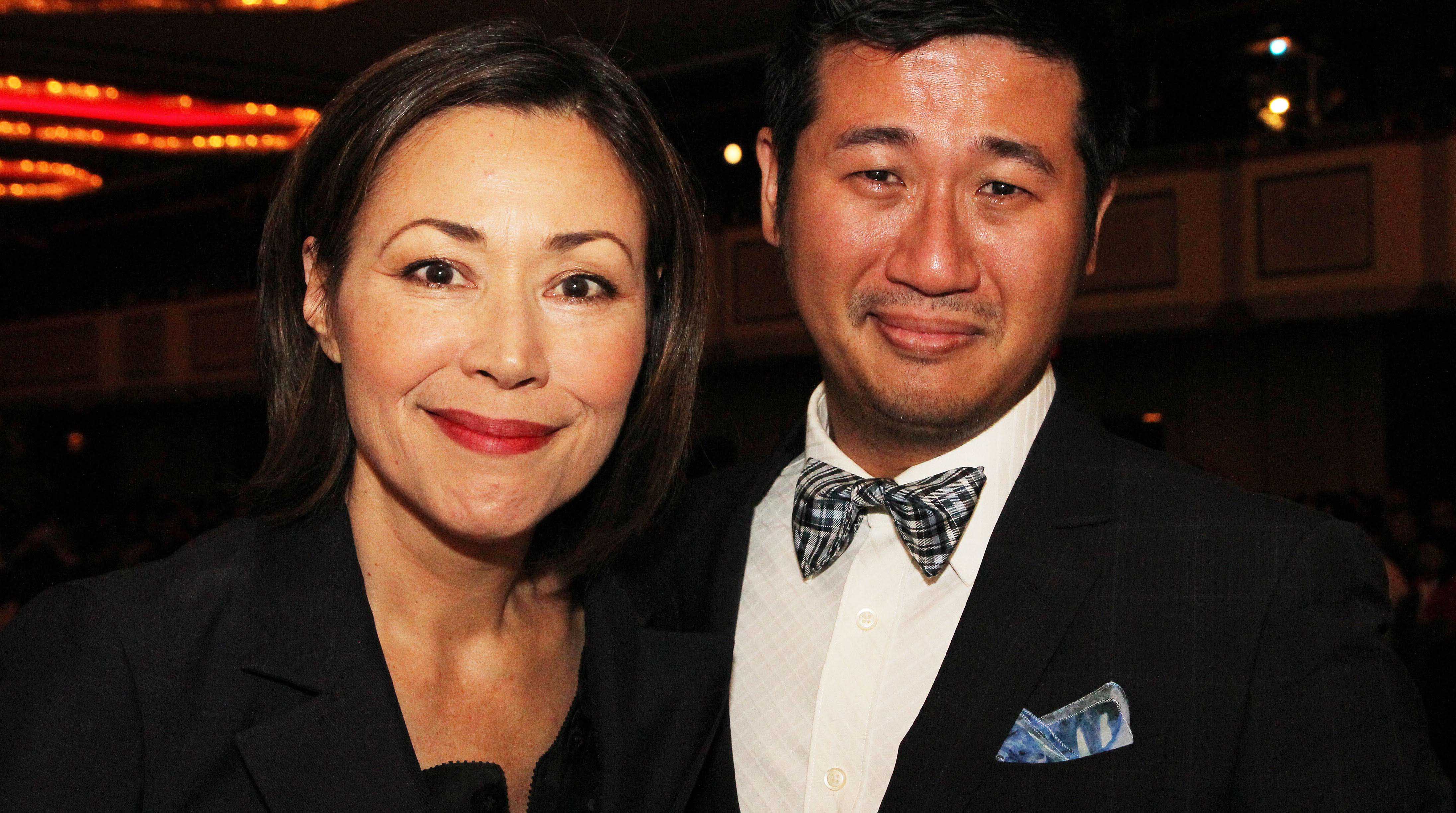 Photo by Lia Chang AsianConnections.com - Ann Curry, Paul Cheung AAJA Natl PresWhen I see all these young people in journalism today... you are the truly committed. You are the truly committed. [applause] ...I'm here to tell you that not everyone who is committed is crazy [laughter] . .The thing about it is ...I acknowledge that I'm saying this even though I'm this person who has jumped off of a couple of bridges, and off a plane, [and] into war zones, and I'm leaving in a short time [tonight] to go to the edge of Syria. So there's a kind of insanity to all that.
But I really do believe in what we do. There is something that is beyond the business side, that it is a profession. It is a profession that if we can maintain, despite the difficulties we are in, the place within ourselves that is true - the ideals that brought us to it in the first place. Not only will we create value, but we will keep the value of this thing we love.
Journalism is only as good as the quality of the people within it.
And this new incoming generation that is signing up for journalism school even and despite the struggle that journalism is now going through is evidence that there is hope and wish and purpose."
About Ann Curry:
Ann Curry has distinguished herself in humanitarrian reporting, traveling to remote areas of the world to cover untold stories. She has conducted numerous exclusive interviews with world leaders and dignitaries from the Dalai Lama to the late Benazir Bhutto and MahmoudAhmadinejad.
In the wake of the record breaking earthquake and Tsunami in Japan in March, 2011, Curry was one of the few U.S. network anchors to travel to Japan to provide on the ground coverage of the crisis unfolding across that country. She also was the first U.S. network news anchor to report from inside the tsunami zone in Southeast Asia. In the first two weeks following the attacks of September 11, she reported live from ground zero every day.
Curry first joined NBC News in 1990 as a correspondent in Chicago. In 1992 she was named anchor of NBC News at Sunrise. She later helped launched MSNBC, then became a news anchor at the Today Show. Previously she reported at affiliates in Los Angeles, Portland, and Medford, Oregon.
Curry has earned seven Emmy awards, four Golden Mics, several Associated Press Certificates of Excellence, and many other awards. She is a wife and mother of two children.
Related:
Ann Curry's Departure from Today Stings - Seattle Times Opinion by Sharon Pian Chan