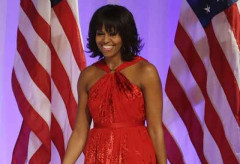 Sokha is one of nine girls featured in GIRL RISING. She was a Cambodian child of the dump, orphaned and forced to pick through garbage to survive. Through a series of miracles she finds her way to a school and has risen to become a star student with a promising future. Photo credit: GIRL RISING

“No one is more vulnerable than an uneducated girl, and this film is a wake-up call to the world that it’s time to educate girls,” actress Freida Pinto said in a statement to India-Times.com. “Right now, 66 million girls are not in school, and 14 million girls under 18 will be married this year — that’s 38,000 girls married today, and 13 girls married in the last 30 seconds."


Sometimes it only takes a single person to start a revolution. This time, its a documentary film. GIRL RISING is the centerpiece of a campaign for girls' education. The film's message: "Educate Girls and you will change the world." A simple notion, yes, but in reality - not so simple.

Millions of girls in developing countries face barriers to education that boys do not encounter.

The film's campaign reports that 66 million school-age girls are not in school, 496 million girls over age 15 cannot read or write, and there are 33 million fewer girls than boys in primary school worldwide.

They grow up in extreme poverty, they are subject to early and arranged marriages, they are child-slaves, they are victims of war, gender violence and discrimination, and much more.

The film is directed by Academy Award nominee director Richard E. Robbins, with a team of filmmakers to tell the stories of 9 girls from 9 countries, written by 9 writers, and narrated by 9 actresses.

The film's campaign is called 10x10, with a list of groups joining the cause. 10x10 is founded by journalists at The Documentary Group, Paul G. Allen's Vulcan Productions, and strategic partner, Intel.

For more screenings, and how you can arrange a screening in your area click here.

GIRL RISING brings together celebrated writers, filmmakers and creatives to tell the stories of nine girls from their homelands: 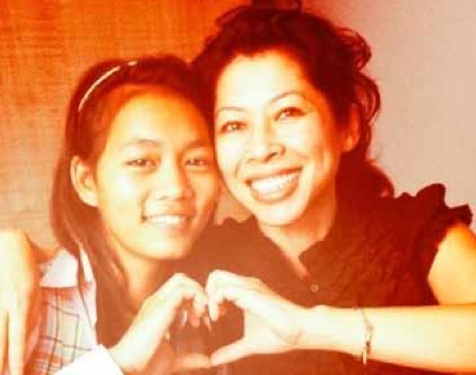 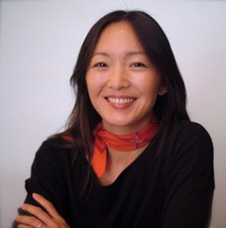 CARE (http://www.care.org/) is a leading global humanitarian organization that fights poverty by empowering girls and women

Girl Up, United Nations Foundation (http://www.girlup.org/) educates, motivates, and trains American girls to become global leaders while channeling their energy and compassion to raise awareness and funds for United Nations programs that help some of the world’s hardest-to-reach adolescent girls.

Partners in Health (http://www.pih.org/) delivers life-saving care in some of the poorest corners of the globe, ensuring girls have access to health services as part of their mission to break the cycle of poverty and disease.

Plan International USA (http://www.planusa.org/) works side by side with communities around the world to end the cycle of poverty for children. Plan's Because I am a Girl Campaign is a global initiative committed to fighting gender inequality, promoting girls' rights, and lifting millions of girls out of poverty.

Room to Read (http://www.roomtoread.org/) transforms the lives of millions of children in the developing world by focusing on literacy and gender equality in education.

Unicef (http://www.unicef.org) is the United Nations Children’s Fund, promoting the rights of children in more than 190 countries. Unicef works to overcome the obstacles that poverty, violence, disease and discrimination place in a child’s path.

Unicef (http://www.unicef.org) is the United Nations Children’s Fund, promoting the rights of children in more than 190 countries. Unicef works to overcome the obstacles that poverty, violence, disease and discrimination place in a child’s path.

World Vision (http://www.worldvision.org/) is a Christian humanitarian organization dedicated to working with children, families, and their communities worldwide to reach their full potential by tackling the causes of poverty and injustice.

Our policy partners who are working to change the rules for girls include:

Women Thrive Worldwide, Brookings Institution, The Global Campaign for Education The Nike Foundation, Population Council, the UN Special Envoy for Global Education, and the International Center for Research on Women.

The first step to becoming an advocate for the type of policy change we aim for is to educate yourself about the issues.

Watching Girl Rising is a good start. For more to think about, go to:

Gordon Brown, the UN Special Envoy for Global Education – Education For All.
http://gordonandsarahbrown.com/category/education-for-all/
Our fact sheets and FAQs: http://10x10act.org/what-is-10x10/press-media/

Contact your congressperson to support the Education for All Act.

GIRL RISING  will be screening in selected Regal Cinema theaters nationwide April 19-26, 2013 and will air on CNN this summer 2013.

For more information about the film, and how you can also arrange a screening in your community visit www.girlrising.com.