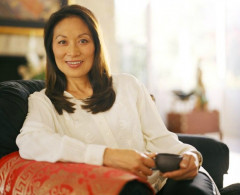 Feeling Stressed, and Wanting More Time? By Marilyn Tam  “How did it get so late so soon?” - Dr. Seuss “It’s November already, where did the year go?” “The holidays are coming, and I’m still caught up in projects that I started months ago.” “Get all my work done? If I had 48 hours in a day I may get caught up in another year. Do you relate? Occasionally or more often, everyone has felt that time was rushing by, carrying with it our chances... 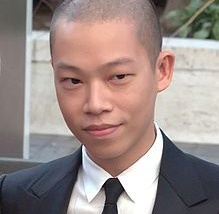 If you are as talented as designer Jason Wu, lightning can indeed strike twice to your career. First Lady Michelle Obama arrived to the Commander-in-Chief inaugural ball last night wearing his stunning ruby red gown, marking the second inaugural she chose to wear one of his creations. From the homepage click here to view Jason Wu's full length inaugural gown.

In 2009, at the first inaugural she surprised fashinistas by wearing a gown he designed, a flowing cream-colored shoulder-baring confection. Jason, then a 26 year old rising-star designer had submitted his dress he had created for her consideration, just as other designers have customarily done. In 2009, the moment First Lady Michelle Obama appeared in Wu's ball gown, was the moment his already fast-rising career launched into hyperspace.

Mrs. Obama appeared in Wu's flowing, belted chiffon and velvet red gown as she joined her husband onstage for their first inauguration dance at the Commander-in-Chief Ball. Wu told the New York Times, "I'm still floating." "It is a big surprise. The White House kept us pretty clueless until five minutes ago."

Wu was born in Taiwan, moved to Canada when he was 9 years old, and graduated from boarding schools in the U.S. He attended Parsons The New School for Design in New York City.

It is an honor for a fashion designer to create an inaugural gown worn by a First Lady. Wu's ruby red inaugural gown is now planned to go to the National Archives. Mrs. Obama's 2009 creamy-white inaugural gown designed by Wu was donated to the Smithsonian. 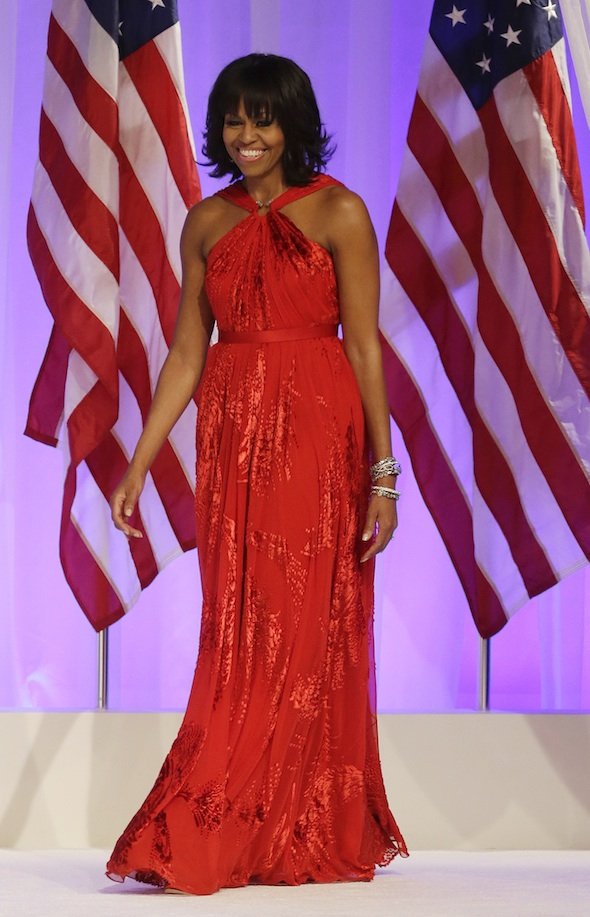 On Sunday at the swearing in ceremony she wore a royal blue dress and cardigan by American designer Reed Krakoff, who also is the president and executive director of Coach, Inc. Thom Browne designed her elegant daytime outfit, the navy silk jacquard tailored coat and dress.

Despite the fashion industry's 'surprise' as well as Jason's surprise that Mrs. Obama chose to wear his evening gown design for the second inauguration, Mrs. Obama knows a winner when she sees one. Her first inaugural gown won raves, and the second one is also a hit.

America's First Lady looks regal, yet relaxed in her second inaugural gown. Have you ever been to a black tie affair where some of the women are so tightly fitted into their gowns they look like they cannot breathe? A closer look at Jason Wu's latest inaugural gown shows that while it is belted, the chiffon and velvet gown has a nice flowing, loose fit to it, all the more reason Mrs. Obama she projects confidence, and looks quite comfortable in it.