The Olympics, Ryan Seacrest and Me by Ben Fong-Torres

The Olympics, Ryan Seacrest and Me

I apologize for not writing sooner. It’s not that I haven’t been writing. Just not for this space. For example, I just had a short piece published in The Hollywood Reporter, about the Olympics’ opening ceremonies, with a focus on music. It’s in the August 10 edition of “THR,” which is an interesting blend of trade magazine (for showbiz industry folks) and consumer mag (for people who like backstage peeps at the business known as show).

My piece—about the 60’s music that producer Danny Boyle featured during that wild, wacky event—was nothing special. But one thing about it really amused me. Just below my story was a Q&A with Ryan Seacrest, who was among the talent NBC shipped to London to work the Olympics.

A few months ago, when Dick Clark died, I wrote my first article for The Hollywood Reporter, recalling a sometimes contentious interview with him from ‘way back, for Rolling Stone. The editors chose a quote of Clark, something he said to me, for the headline: “YOU’RE A LIBERAL, AND I’M A F---ING WHORE’. This, right after a glowing tribute, “What I Learned from the Master,” by…Ryan Seacrest.

We are fated to be together!

This is to say that stuff happens.

Just the other day, I was on Castro Street here in San Francisco, and a guy asks, “Aren’t you Ben Fong-Torres?” I admit that I am.

What's in Store for the Year 4706 of the Earth Rat

The Rat is the first animal in the 12-year zodiac cycle so its year offers new beginnings, and ventures, a time for experiments and starting new ventures, for you to be a planner and builder to achieve your goals. Be steady and practical, and aim for getting results progressively over time. Make a commitment to your goals and objectives to achieve this year, then GO FOR IT!

The predictions for each lunar year, is calculated by the relationships of the five elements and how they relate to each other during the reign of the zodiac animal of the year. Because during the Year 4706 of Earth Rat, water and earth are in conflict (earth positioned over water), we will see earth and water-related disasters such as floods, tsunamis, as well as those involving earth such as mud and landslides, earthquakes and building collapses.

New political leadership with younger leaders coming to fore. Watch for a slowdown in real estate and property (earth) so be careful with investments and spend wisely. Business that will do well are related to the earth element, such as mining, hotel, insurance, chemicals, machinery, computers, skin care, construction, design & graphics, spiritual work/clergy, engineering and to the wood element, such as textiles, publishing, books, fashion, furniture, forestry and environment/green. Those that may stall are airline, stocks, energy, entertainment and electricity.

LIfe and Beyond by Marilyn Tam

The recent death of Steve Jobs, a man who dared to dream and create beyond the constraints of the prevailing consciousness, brought many people including me to a place of deeper reflection. What does it mean to be really alive? How do I make sure that I am living my highest potential every day? How do I ensure that I will feel at peace when it is my time to leave this planet?

“Your time is limited, so don’t waste it living someone else’s life.
Don’t be trapped by dogma — which is living with the results of other people’s thinking.
Don’t let the noise of others’ opinions drown out your own inner voice.
And most important, have the courage to follow your heart and intuition.
They somehow already know what you truly want to become.
Everything else is secondary.”  --- Steve Jobs

I believe above quote holds a key to Jobs’ success. He followed his life purpose, what he was born to do. He didn’t have his life path handed to him on a silver platter. He was given up for adoption; he quit college after one semester because it was draining his parents’ entire life savings for him to attend. He still wanted to learn so he slept on the floor of his friends’ dorm rooms. He sold soft drink bottles he scavenged to return for money to buy food so he could sneak in to attend classes.

Tips to Keep Your Mind in Top Shape

Have you ever misplaced your keys and wondered if you were losing your mind? According to the Mayo Clinic, just when youre old enough to be considered wise about the ways of the world, some days its awfully hard to find your glasses.

Have you ever misplaced your keys and wondered if you were losing your mind?

According to the Mayo Clinic, just when youre old enough to be considered wise about the ways of the world, some days its awfully hard to find your glasses.

As you age, some brain cells may deteriorate or function less efficiently, potentially affecting your speed of mental processing and ability to retrieve information rapidly. Yet many factors besides aging affect mental ability. Depression, stress, sleep disorders, poor health and certain medications are among the most common.

Exercise your mind. An active brain produces new connections between nerve cells that allow cells to communicate with one another. To challenge your mind, try taking a class or engaging in a new hobby. Other activities that could help include reading, volunteering and staying connected with friends.

Stay physically active. Exercise increases blood flow to all parts of your body, including your brain and might promote cell growth there. To reap the most benefits, exercise at least 30 minutes a day most days of the week.

The Reasons for Giving Thanks by Marilyn Tam 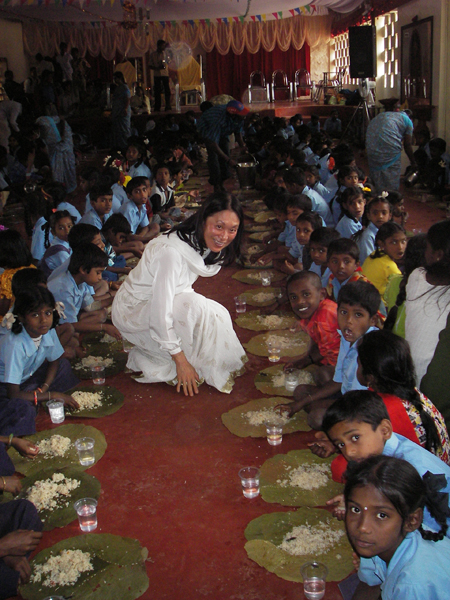 As a citizen by choice of the United States of America, Thanksgiving was a new holiday to me. What a great holiday! A day devoted to gathering and giving thanks with loved ones and that's all.

No gifts exchange, no specific religious reasons, which may trip up one group or another, just come together to share, celebrate the harvest, eat good food and give to thanks.

I can really get behind this!

Most cultures have a festival to give thanks for the bounty from the earth. In my ancestral country of China, we have the Moon festival/Mid Autumn festival, on the eighth lunar month to celebrate the harvest and the fullest moon of the year.

Yet it took me to leave my birthplace and be transplanted into another culture and environment for me to fully appreciate Thanksgiving.

Is it the actual name of the American holiday, or is it the physical and emotional distance of being a newcomer that got me to look at the reason behind the holiday?

Have you ever had this happen to you? Where it took a physical, mental or emotional detachment or even the combination, before you could see what you really had?

Sometimes we only appreciate what we have when we are away from it, or more sadly, after we've lost it.

I am particularly reminded of this because this year marked the loss of several dear friends and my beloved mentor, Robert Muller.

Dr. Muller was the Assistant Secretary General of the United Nations and the most optimistic and happiest man I've ever...