Susie is a p 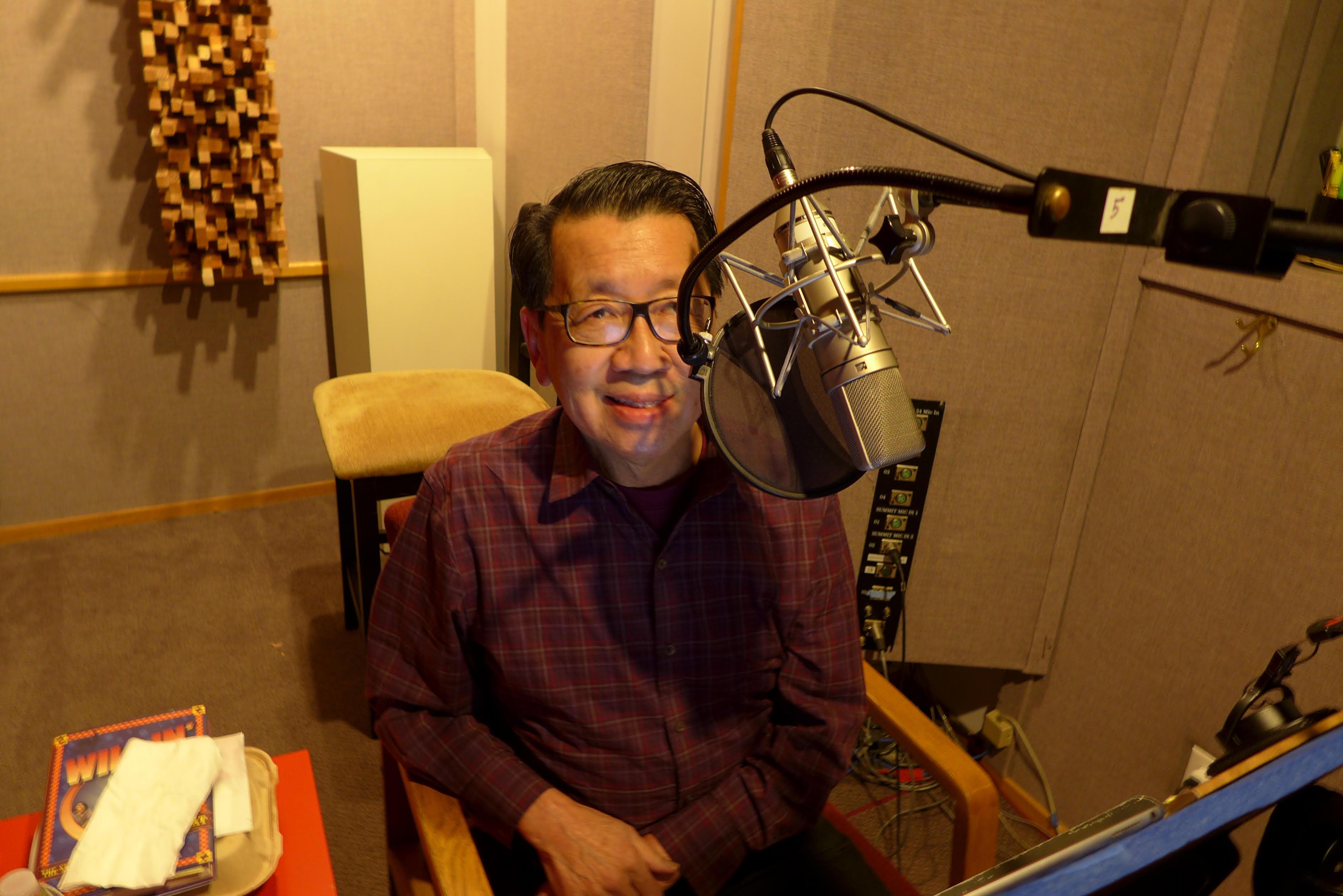 roducer and personality at Audible, the leading producer of audiobooks, and she’s done her share of laughing and crying.

While I’m reading, off an iPad on a music stand, the two men catch every error, every stumble, every extraneous noise, whether it’s foot tapping, shirt rustling or a rumble from the tummy. And I re-read that sentence, however many times it takes, until it’s right.

In short, it’s a meticulous process, and, after a few hours, quite exhausting. Most narrators max out at about four hours a session, and a book can take a week or more.

That’s what I took for the first project, Willin’. I had to learn, from Jesse, the desired tempo for readers (and listeners): Mainly, to slow…down. Take a pause, not only between sentences, but between clauses. He guided me through handling multiple speakers, reading song lyrics, and re-setting stories. That took—yep – a pause.

So by the time I got to The Rice Room, a couple of weeks later, I was a seasoned reader.

I had gotten used to, and even looked forward to the daily drive to Outpost Studios, near the Embarcadero, and to three or four hours of work, broken up by a lunch break, with takeout from DJ Sushi. This beat sheltering-in-place, and I felt as though I’d learned a new craft.

But no. This next book was my memoirs, published in 1994 and updated in 2011, which ranged from high times to family tragedy – the killing of my older brother, Barry, at age 29 -- and lingering sadness and darkness. I remember how, back in 1972, the most difficult moments involved hearing and responding to words of sympathy from both friends and strangers. Now, I had to read about those moments aloud, including an encounter with an angry Grace Slick, backstage at the Winterland after a Jefferson Starship concert.

As I read through those chapters, I did not heed Susie Bright’s advice and weep. But I think listeners will hear the shakiness and the tears through my voice, after all these years.

Audible is amazing. I read Willin’in early December, and was shocked to learn that it was on sale in late January. The Rice Room sessions took place in early January – one recording was done on the day of the insurrection at the U.S. Capitol, and Jesse, a dedicated supporter and volunteer for Joe Biden, called for a break to allow him to catch up with the news.  The next day happened to be my birthday, and Jesse had a San Francisco bakery send over a box of heavily decorated doughnuts, most of which went to the wonderful staff at Outpost Studios.

By January 11, we wrapped The Rice Room, and if all goes well in New York, at Audible headquarters, it’ll be out by February 22.

I did pop in after the wrap session to do “pick-ups,” corrections on maybe a dozen sentences that engineers at Audible requested. As I said goodbye, Outpost founder David Nelson presented me with a bottle of wine.

Nelson had greeted me, on the first day of the Willin’sessions, by reminding me that he had worked with me before --  over 20 years ago, in fact – “and you did Elvis and Dylan.” Ah, yes. 1998. A CD called Stranger Than Fiction, a fundraiser for writers featuring major authors (Amy Tan, Maya Angelou, Stephen King, Norman Mailer, Jessica Mitford, Matt Groening) and minor (me and a few others).

Amy fronted “These Boots Are Made for Walking,” and she also backed me on my tune, “Rainy Day Bookstores,” a parody of Bob Dylan’s famous song, in which, some time during the recording session in San Francisco, with David Nelson at the controls, it was decided that I should add my Elvis impression to my Dylanesque vocals. And so it is, and so it shall be forever, thanks to YouTube.

At Outpost, David, masked and socially distanced, waved the CD at me. Later, alone in the studio, I grabbed the CD cover and opened it. It was empty.

Thank God. The last thing I needed, before my first session, was to hear myself droning, "Everybody must get stoned!"